I’ve always wanted a own EBook-Reader to read, well, mainly manga – the Sony PRS-650 Eefi’s got is just gorgeous, it has all features that you can wish for in a good reader, everything in the firmware is just right – it’s (speed)-optimized till the end, eats next to no battery (i suspect this is not some “general purpose” OS but a highly specialized firmware), the hardware is appropriately fast, very rugged and well-built – no gaps and whatnot to see!

(NOTE: for the cover scroll down!)

There are a few things to look out for if you want a E-Reader to read manga – my main requirements are:

Those were at least my requirements – if you’re mainly reading “text based” ebooks you can probably live with missing options to remove annoying bars, page-turn speed for text is also better than for pictures on most readers, etc. – but if you want to read manga/comics those are a real must, especially on cramped 6″ of space!

So my journey begun – i’ve first tried the Icarus Go E600 … which sucked really really hard – the firmware was a mess, it was chinese cheapo-software which was illegaly based on stolen GPL (“opensource”/Free Software) programs (dissect the firmware yourself, it’s on their website! It’s a simple msdos-partition in a file, just mount it (on linux) and look in there – grep around for xpdf or freetype or X11/XFree86) and still sucked. There were annoyings bars you couldn’t remove, the device was super slow turning pages, the build quality was that of the cheapest plastic-box you can imagine, it was just horrible – back to dealer!

My next try and current “keep” was the Acer LumiRead L600. It has a bunch of super pointless features (such as WiFi – okay, that can have uses – or a camera that can scan barcodes of books so you can buy the ebook right away) but the build quality is okay, the UI is okay~ish (still has bars that cannot be disabled and can’t rotate ebooks (but CAN rotate the internet browser)). The page-turn speed is okay~ish, and well … the display is okay overall, so for the price it’s kind of okay. Plus they run linux and give you (at least partially) the sourcecode, so you could start hacking yourself (and i WILL be hacking this!). The LumiRead source can be grabbed at http://www.linpus.com/linpus_acer_source.html and it’ll listen on the standard telnet port with a shell for you – just log in as root and explore the system!

So, with that reader as a keep i’ve decided to build a nice cover/case for it as i didn’t have one yet and wanted to protect the device. Fortuneatly i had recently gotten a freebie document carrying case made of rough, sturdy fabric – so we’ve ripped it apart and started sewing. The document-case consisted of two layers of that fabric and one very stiff border that was wrapped around the borders of the f

abric layers. The final carrying case also has this layout. The inside was wrapped with the fluffy side of a old shirt to protect the reader even better.

But the greatest thing about that case is – it features the best character taken directly from the manga/anime you see here, nichijou. The character in question is the cat “sakamoto”, which was painted on the cover using simple textile/fabric-colors and masking tape, but see for yourself! 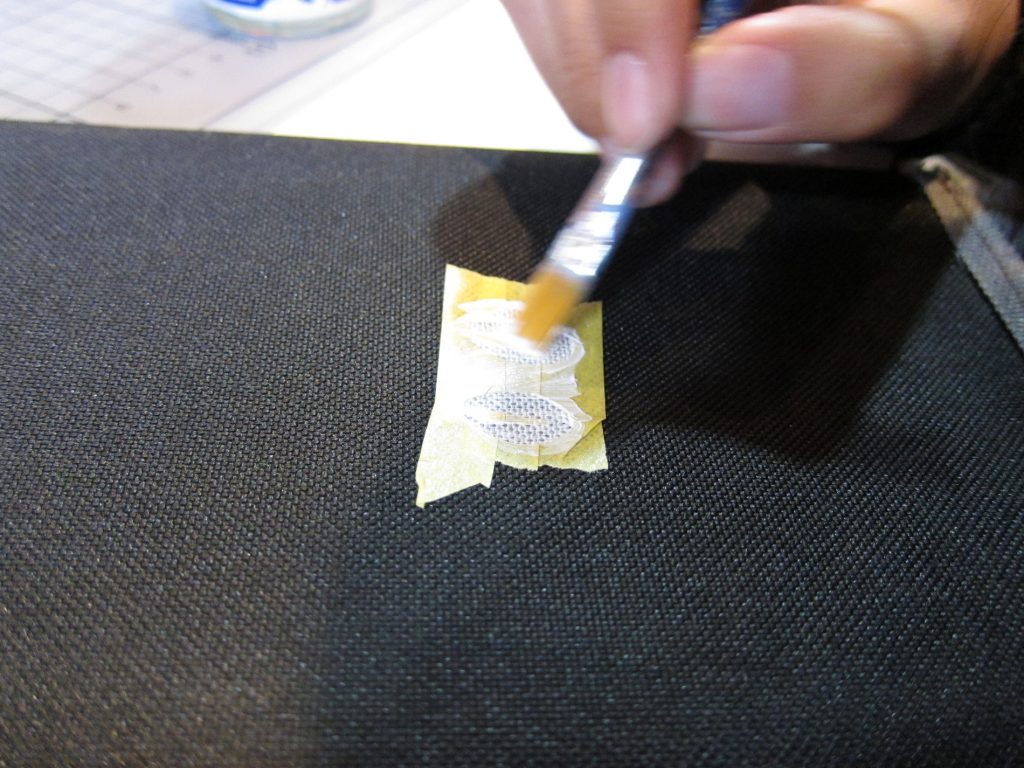 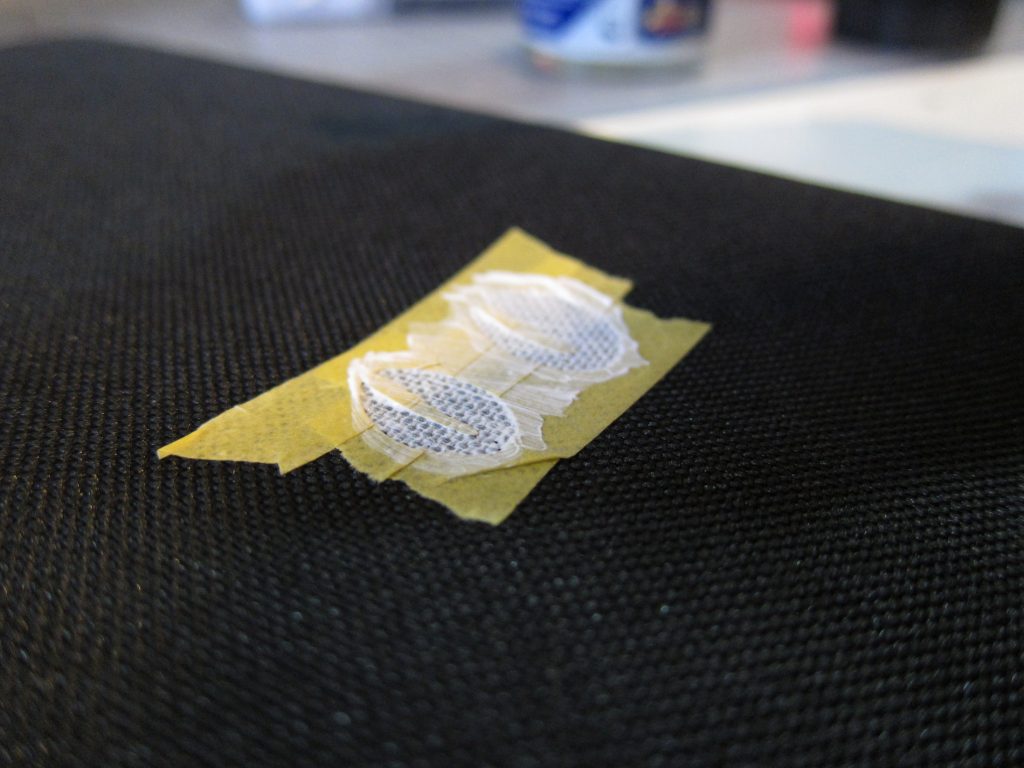 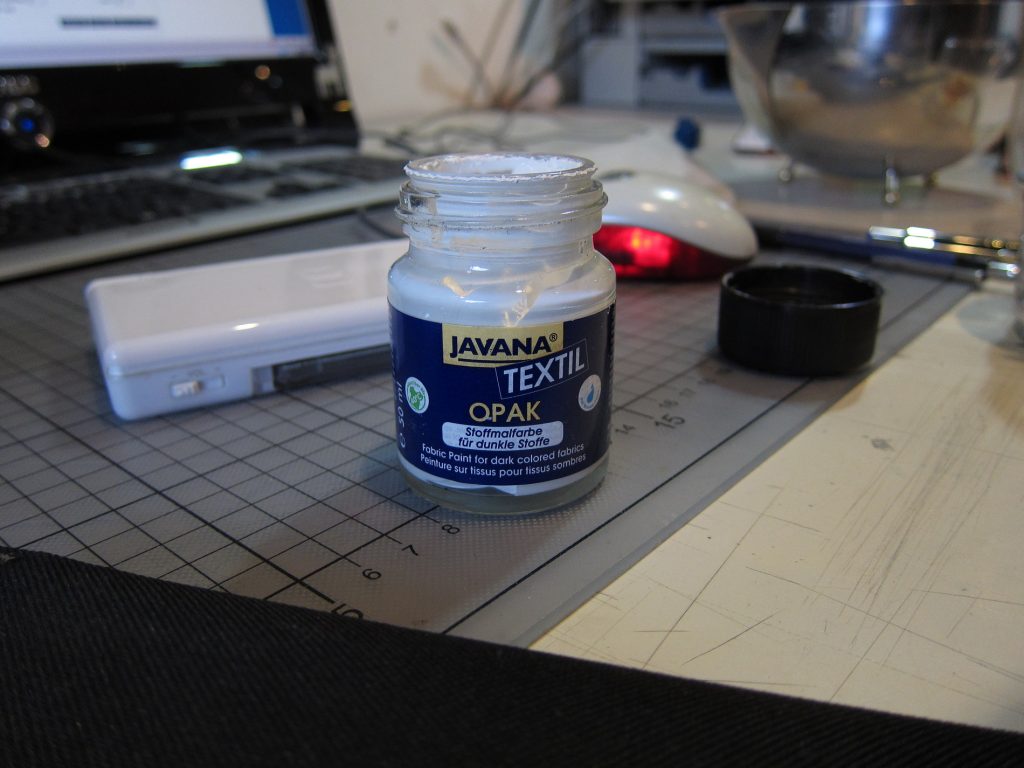 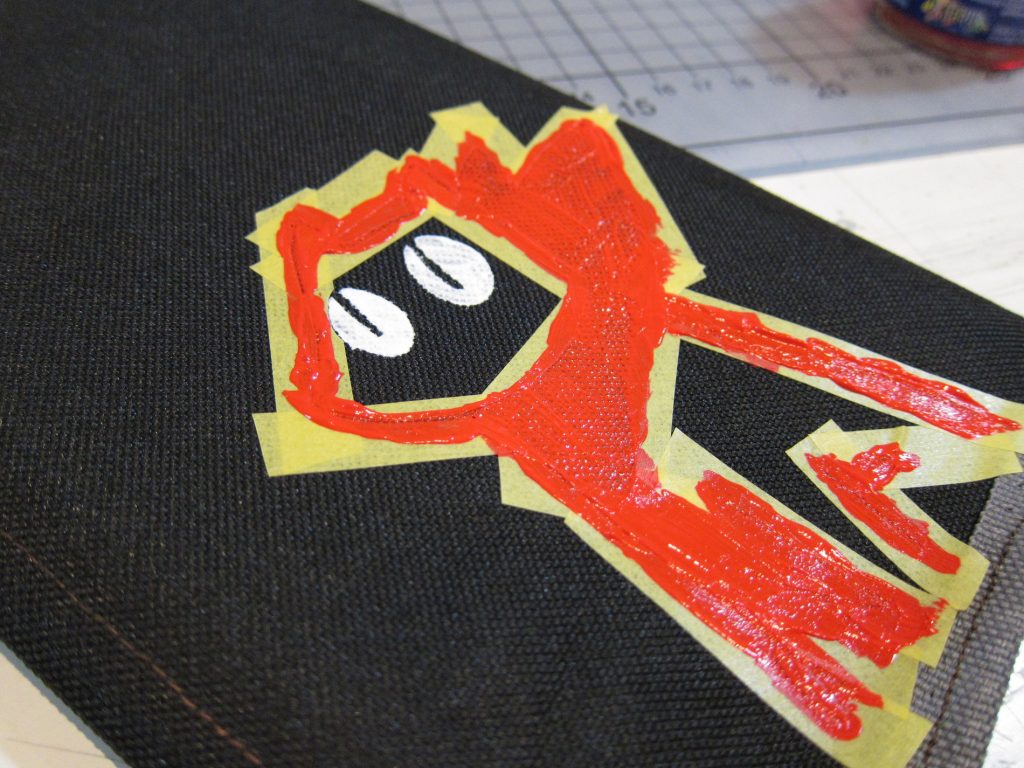 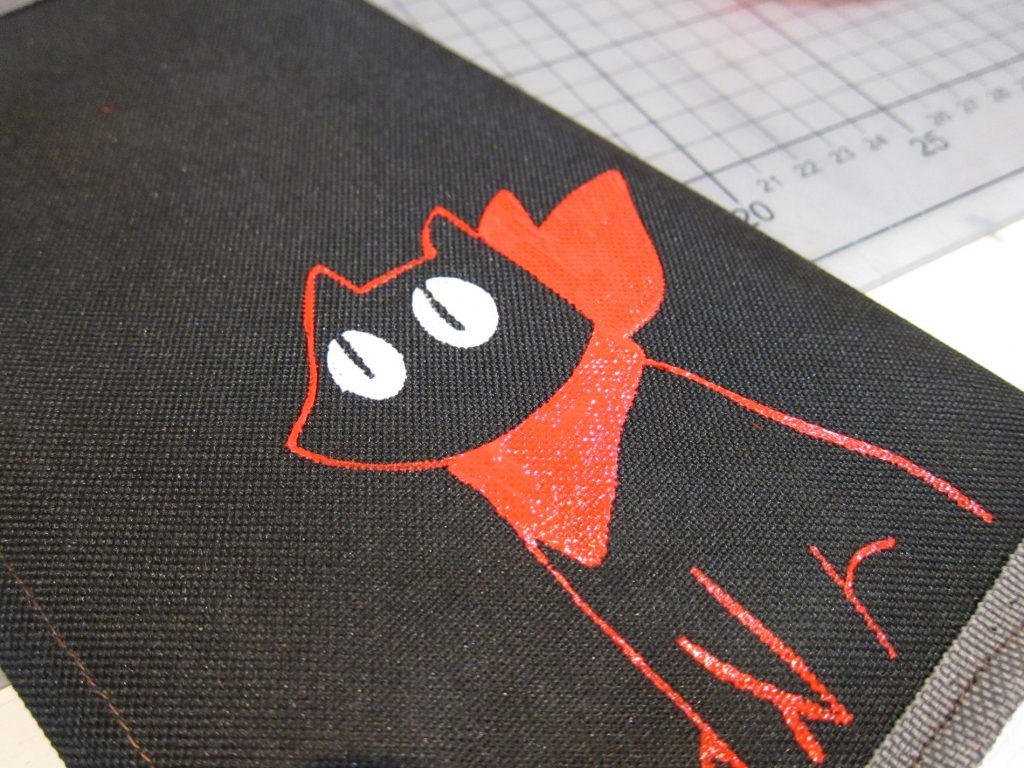 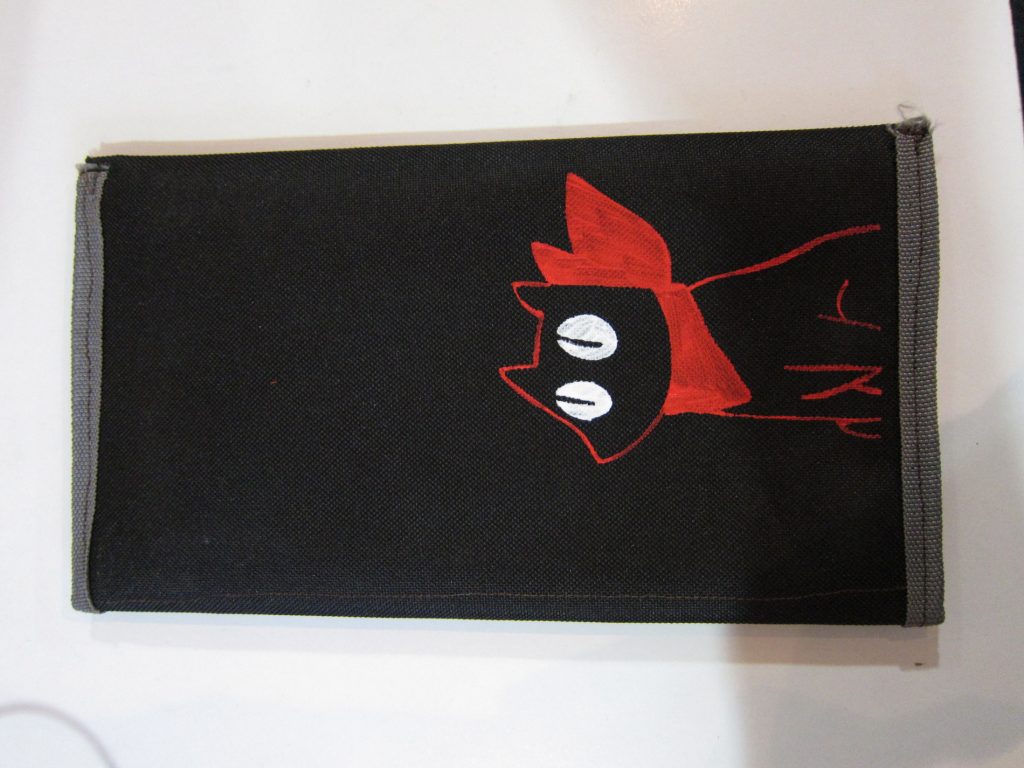 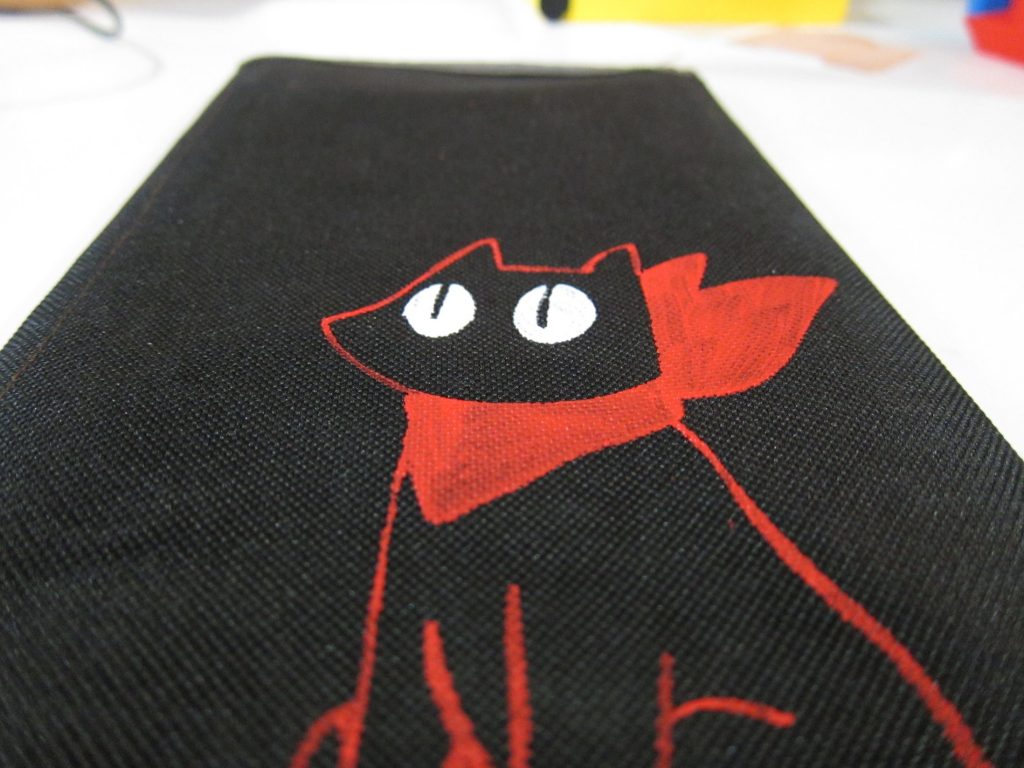 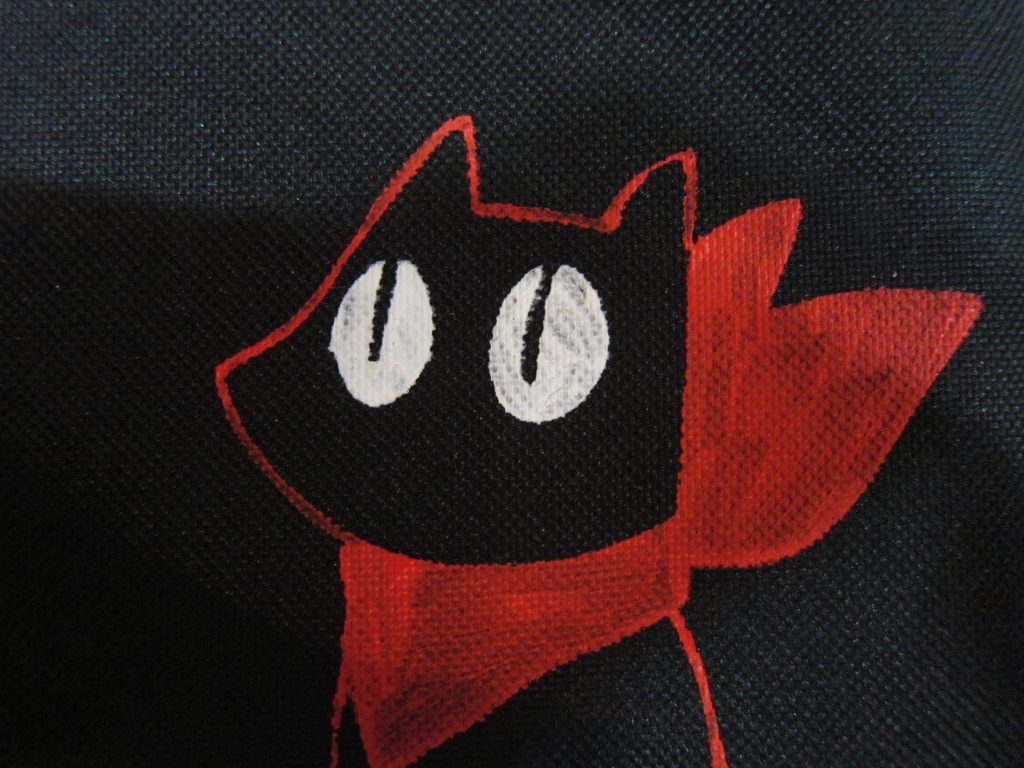 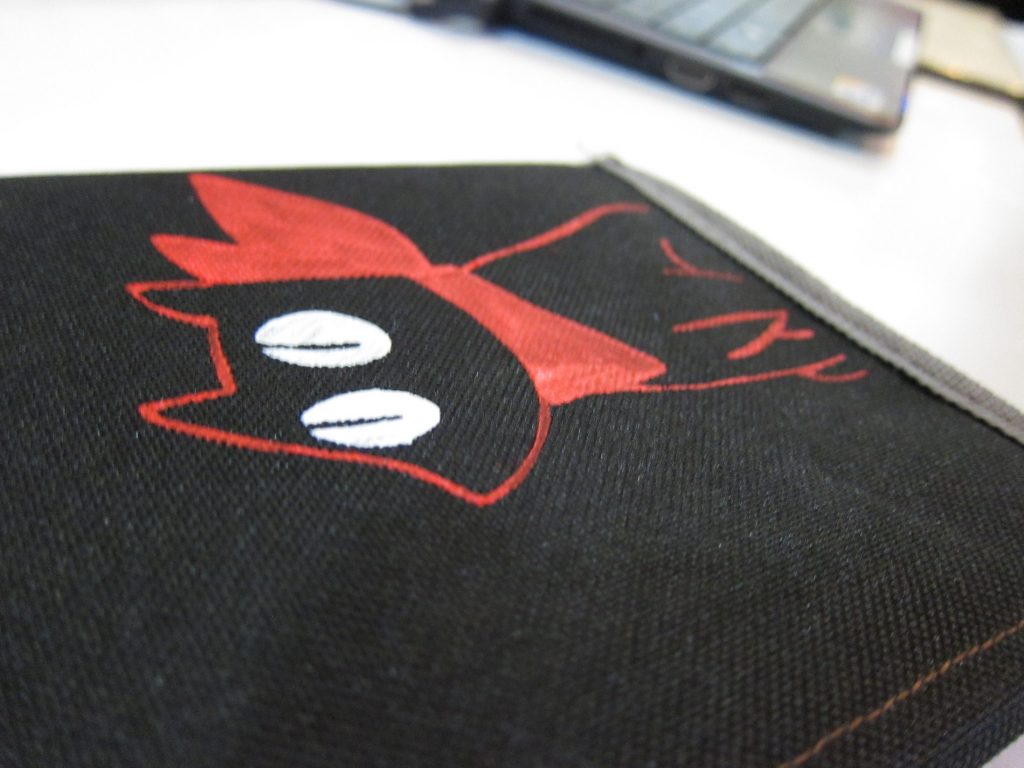 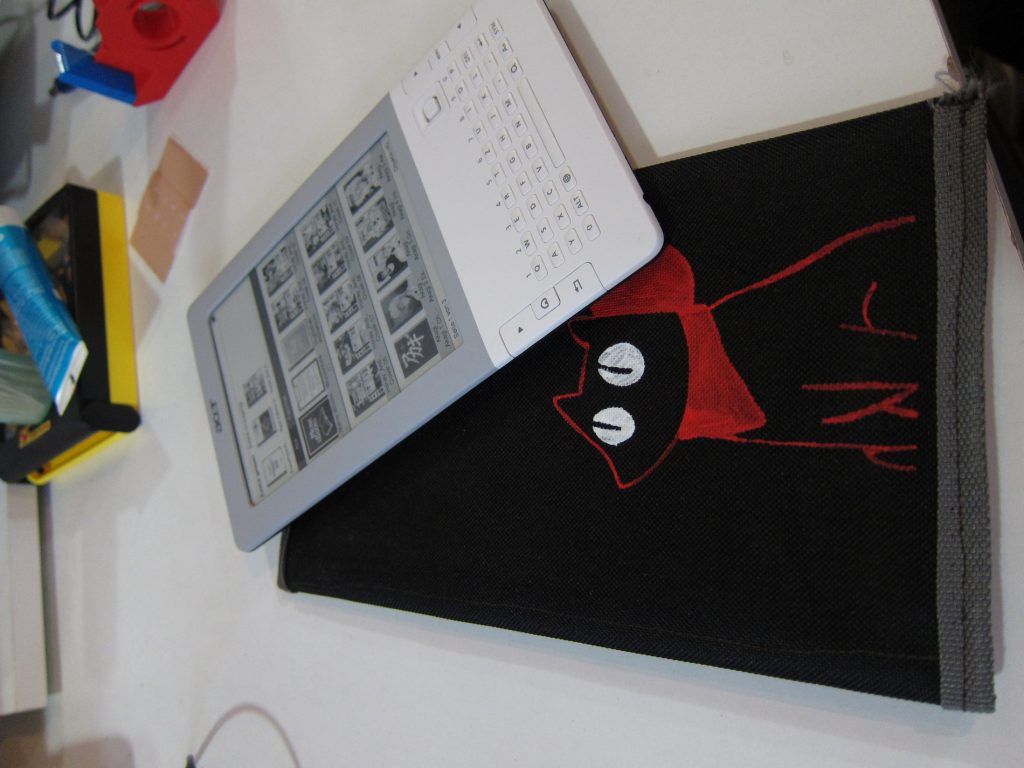 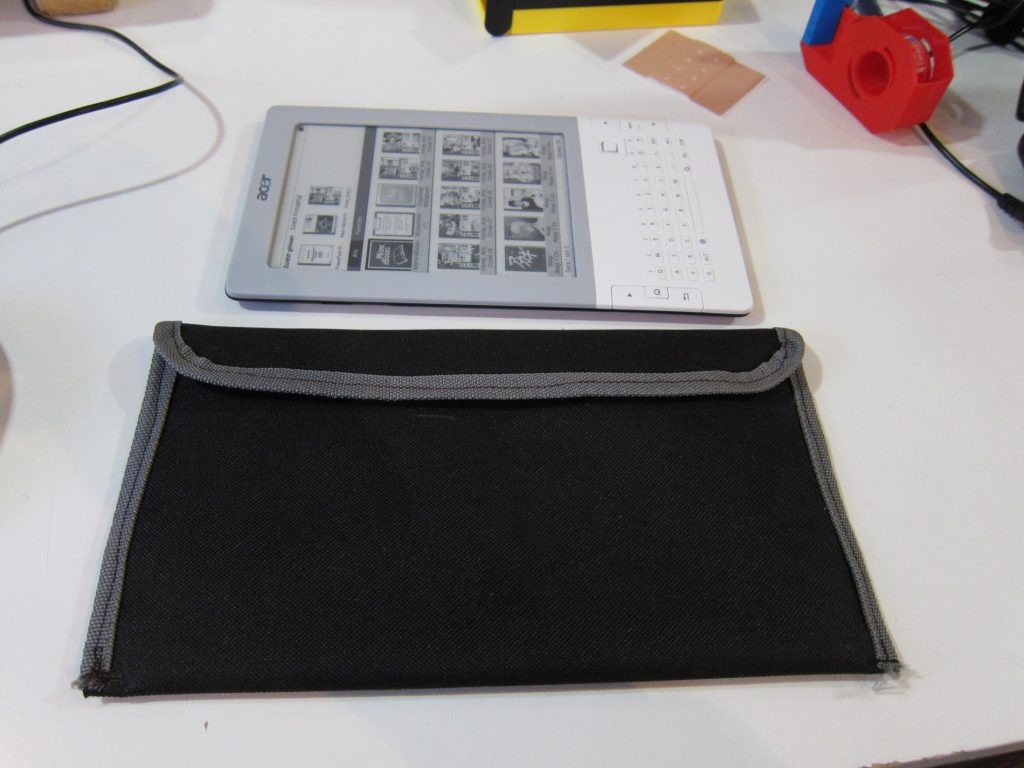 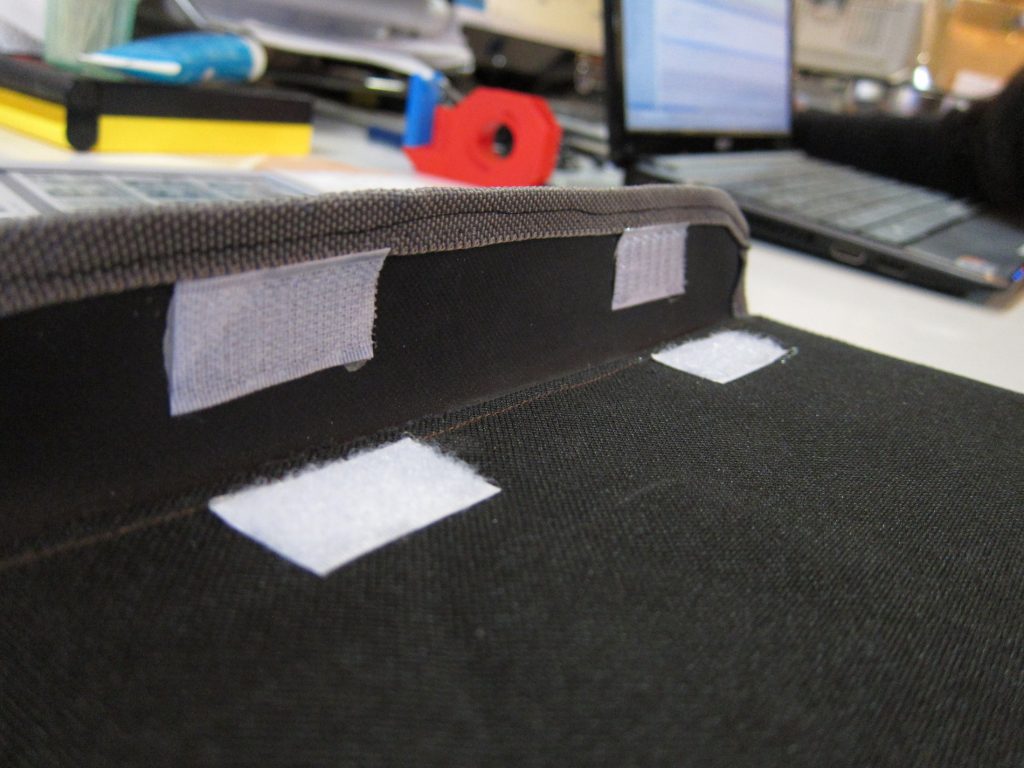 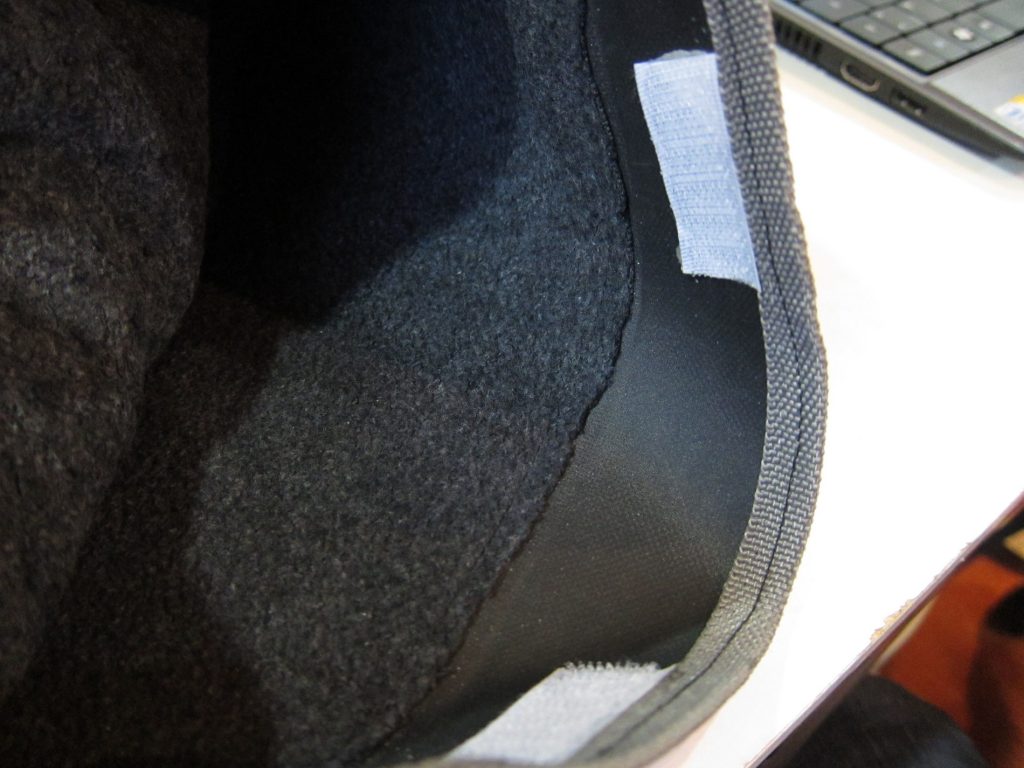 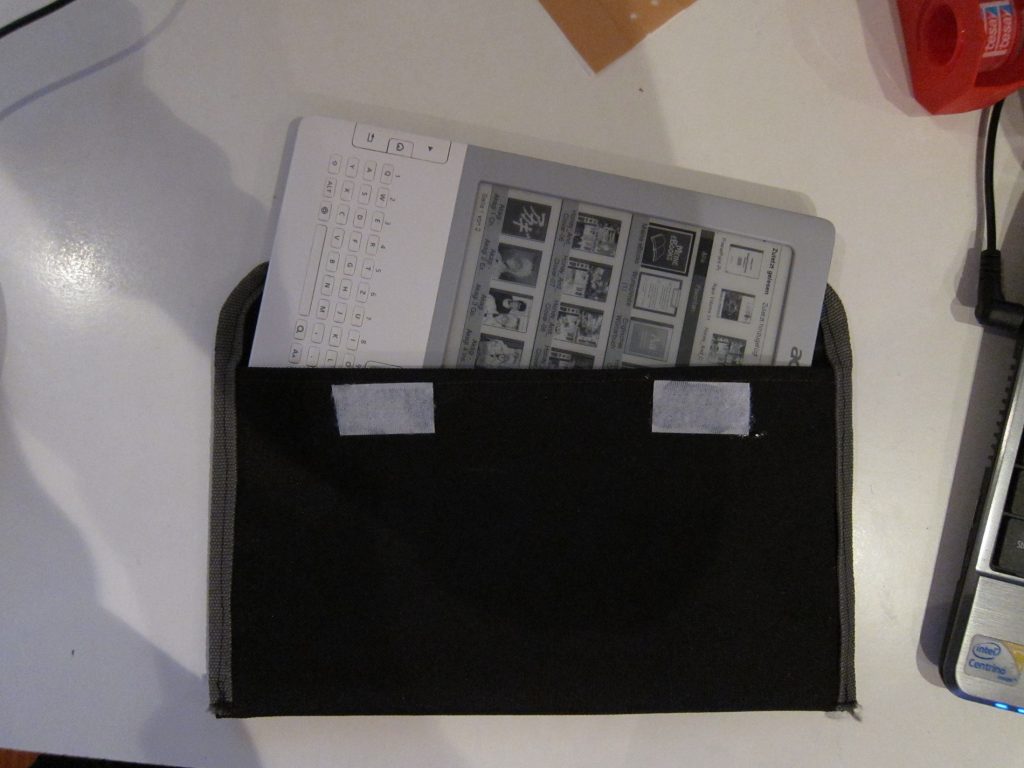 4 thoughts on “DIY Ebook-Reader Cover (and how to choose a good ereader!)”